Dr. P. N. Renjen is a well qualified and experienced Neurologist. He has done his MBBS from Gandhi Medical College, Hyderabad and DM in Neurology from National Institute of Mental Health & Neuro Sciences, Bangalore. In addition to this he has received his F.I.M.S.A from International Medical Sciences Academy, F.A.C.A from American College of Angiology, F.I.A.N from Indian Academy of Neurology, M.N.A.M.S from National Academy of Medical Sciences, Delhi and F.R.C.P from Royal College of Surgeons, UK. He is the member of many leading academies, associations and societies in the field of neurology across India, UK and USA. He has received several awards in the field and has a large number of publications with various publishing houses. He has also authored and co authored many chapters in various books. He has attended several conferences and CME programmes on Neurosciences. He is constantly being invited to deliver lectures in updates, seminars and workshops organized in various parts of the country. He specializes in Cerebro Vascular Diseases, Stroke (Thrombolytic Therapy), Botox Therapy for Post Stroke Spasticity, Surgical Epilepsy, DBS (Deep Brain Stimulation) and Headache. He provides Neuro-Rehabilitation for Post Traumatic Brain & Spinal Injuries also. Formerly, he was associated with Sir Ganga Ram Hospital, Central Research Institute of Ayurveda, and Shri Ram Clinic, New Delhi. Presently, he is serving as a Senior Consultant Neurologist at Indraprastha Apollo Hospital and runs his own clinic in R.K.Puram, New Delhi. He usually focuses on early intervention so as to avoid the catastrophic outcome of strokes. With a huge experience of 32 years, he has treated numerous patients with successful result. He is a kind hearted person and he truly cares about the patients well being. You can book an instant appointment with Dr. P. N. Renjen on Freedoctorhelpline.com Anand Niketan, Delhi
The Neurology Clinic – Anand Niketan
#C85, Anand Niketan, Delhi 110021, Delhi
View map 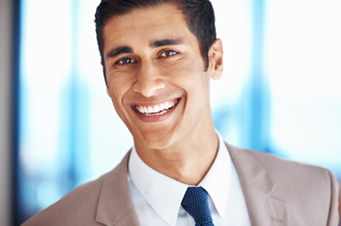 Dr. P. N. Renjen is a Neurologist in Sarita Vihar, Delhi and is affiliated with multiple hospitals/clinics in the area, including The Neurology Clinic | Indraprastha Apollo Hospital. He received his medical degree in FRCP, DM |Neurology, MBBS, Professional Diploma in Clinical Research (PDCR) and has been in practice for 35 Years. He’ll be available on MON|SAT10:00AM|12:00PM, 1:00PM|5:00PM.

This site uses Akismet to reduce spam. Learn how your comment data is processed.